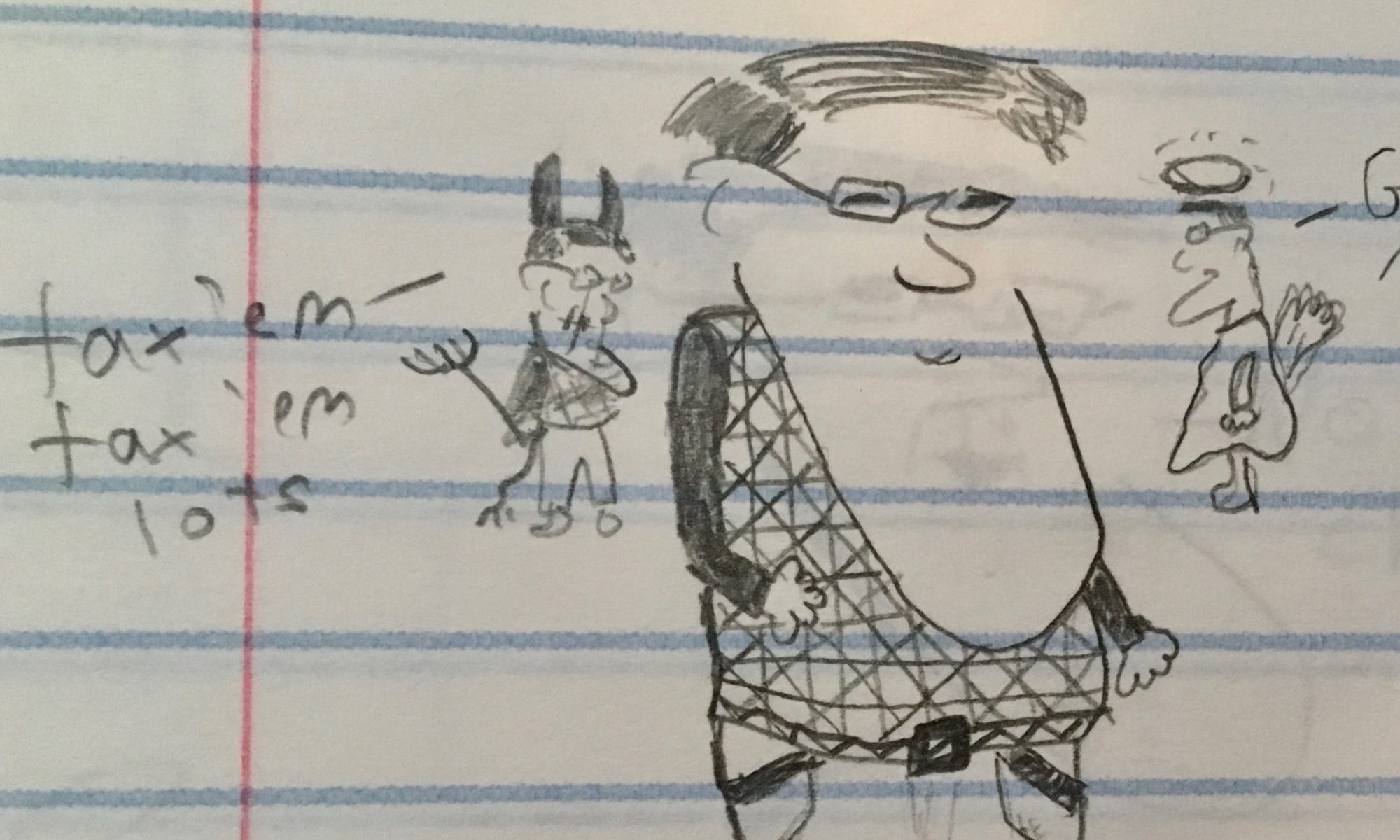 In the spring of 1992, my father accepted a pastoral position in Calgary and our family moved from Manitoba to Alberta, heart of Reform Party country. I think I had an interest in politics before then, but it really ramped up when I arrived in Calgary at the height of Preston Manning mania. Ahh, yes, those were the days…

It was about this time when I started to dabble in political cartooning. I had always been a writer. As a young child I wrote poetry and short stories. However, there was a period, say 1992 and 1993, when I churned out literally hundreds of political cartoons, most of them focused on my arch enemy at the time: Canadian Prime Minister Brian Mulroney. Recently, I discovered six notebooks full of these cartoons in an old desk. I honestly have not looked at them in decades. Examining them now I can see that most of them were not that funny and the artwork was not very good, but, hey, I was 12 and I’m quite certain this was my very first foray into satire.

These cartoons have remained unseen for twenty-seven years, but I present a few of them here for your perusal now. Enjoy!

A good Mennonite kid always has to weave in Biblical analogies:

Well, that’s quite a trio!

This one is about as sophisticated as it gets….

I actually think this one is kind of funny. Do you remember those “Tax this, Brian!” bumper stickers?

Ahh, yes, the classic angel and devil on the shoulder!

And then, as I page through these notebooks, I notice that they just stop, literally right in the middle of an unfinished Kim Campbell cartoon. My interest had waned or moved on to other things….